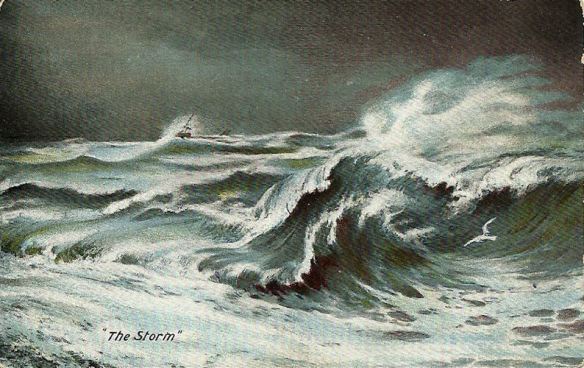 In the first half of 2018, frozen sharks washed up on the beaches of Cape Cod, seawalls breached along the Massachusetts coast, and one of the most rapidly-intensifying storms in recorded meteorological history exploded along the New England shoreline.

In geopolitics, a multipolar world is an often dangerous collection of strong regional powers with their own spheres of influence and selfish interests. It’s a recipe for war and instability that can arise from the collapse of dominant systems, such as an empire or bi-polar Cold War scenario.

In climate change, our global systems are similarly transitioning. Northern Hemisphere jet streams are becoming more wavy, erratic, and ineffective at keeping weather systems moving as the Arctic warms and the the globe’s pressure gradient collapses. In the ocean, the Gulf Stream is similarly slowing due to the melting of Greenland’s ice sheet, and creating a series of vortexes, hot blobs, and unmatched sea surface temperature anomalies in the North Atlantic. Storm frequency, severity, and intensity is increasing.

It is the decline of these two climate system superpowers–the Jet Stream and the Gulf Stream–that has allowed for the Greater Gulf of Maine to arise as a new regional climate change powerhouse. 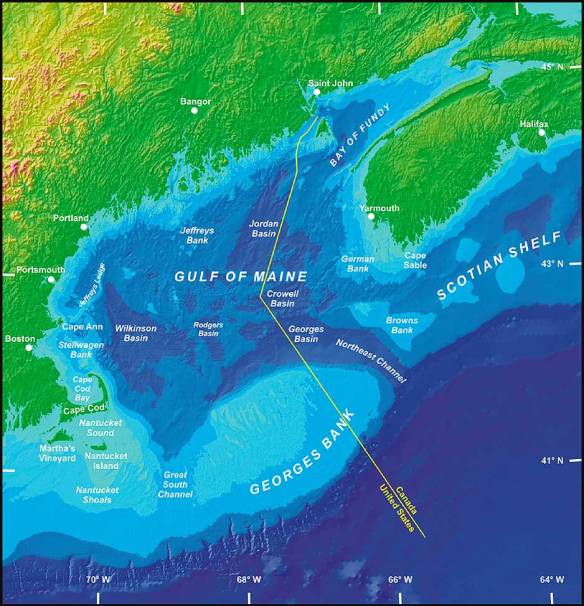 A 36,000 square mile ocean region that includes Cape Cod, Boston, Portland Maine, and Nova Scotia to the west, and the diverse marine ecosystem of Georges Bank to the south and east, the Gulf of Maine encompasses coastal New England and Atlantic Canada, and has been rapidly warming due to climate change for the past decade.

Like a rising powerful nation-state, the Greater Gulf of Maine boasts formidable resources and the ability to influence the events around it. This includes a series of swirling offshore currents and vortexes that boast sea surface temperature anomalies greater than 17 degrees Fahrenheit and provide fuel for extreme storm events such as January twin nor’easters including the “bomb cyclone.”

A triad of Gulf of Maine issues on May 28, 2018: 1) surface winds gyrate around George’s Bank, forcing back tropical moisture towards the mid-Atlantic which suffered a 1,000 year storm in Elliot City, Maryland; 2) Jet Stream disorganization on the Eastern Seaboard of North America; 3) Gulf Stream slow-down and Sea Surface Temperature Anomalies.

The implications for the Greater Gulf of Maine’s climate influences are many. From a maritime ecosystem perspective, this includes the collapse of cod due to warming and the odd appearance of frozen sharks during strong polar vortex events. From a disaster management perspective, breaching of choke points on Cape Cod such as Ballston Beach that can potentially turn parts of the Cape into temporary islands of stranded residents, and extreme storm surge events in communities such as Marshfield, Quincy, and even Boston itself.

From a broader perspective of climate disruption, the implications are even more far reaching. The second 1,000 year rain bomb flood event that gripped Elliot City Maryland on May 27, 2018 features a curious feedback loop of wind and moisture centered around a Greater Gulf of Maine vortex pattern. A massive warm blob has appeared in the North Atlantic from the Greater Gulf of Maine to Europe and seems deeply tied to Greenland meltwaters. And the 2018 Atlantic Hurricane Season is underway.

*Please contact the BOA-EMT Directors at boa.emt.directors@gmail.com for information regarding our support in navigating potential funding streams for coastal mitigation and resiliency projects in the region. BOA-EMT offers mitigation and resiliency as well as capacity building services. We are former leaders in a state that now manages over $500M in resiliency funding, with a long history of successful mitigation in coastal and estuary environments.